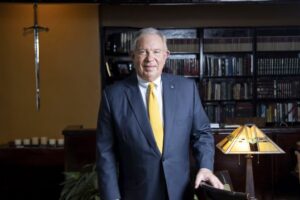 Montee was born in Carthage, Missouri. In 1976 he graduated from Missouri State University with a Business Management degree (with Economics Emphasis) and married his wife Anne. Together they raised two children, Alice and Thomas, in Columbia.

Montee is very active in the community, serving on several boards, active in Boy Scouts, Kiwanis, Central High School activities, Masonic Lodge, and First United Methodist Church where he sings in the Chancel Choir and is the Church Historian.

Adding value as an advisor is important in this complicated world. Montee considers as his specialty, history of economic thought. That discipline requires attention to history, political thought and socio-economic trends.

As an avid reader, Montee is frequently asked about his reading list, recommendations, and books to avoid.